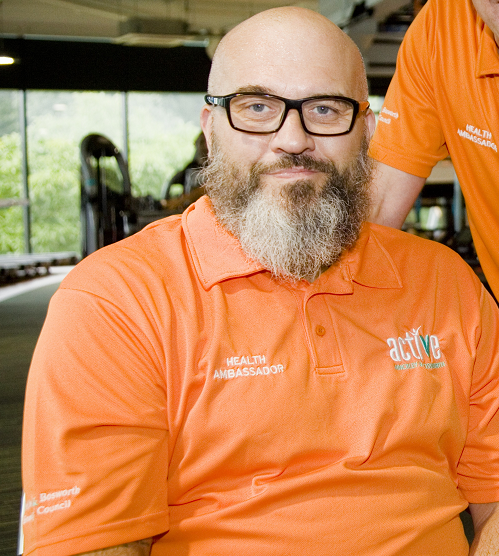 "In September 2010 I was diagnosed with fibromyalgia. At that point I was told just to keep exercising. I weighed in at 22 stone, smoking and drinking most weeks.

On the 1st of April 2011, I gave up smoking and a month later I started in the works gym.

In the summer of 2011, I took up X-Country Cycling MTB. Pretty much every Saturday a friend and I cycled 28kms around Cannock chase. During 2013 after doing Cannock I knelt and tore the cartilage in my left knee, this would be the first of what ended up being 14 operations.

After operation No 10 & 11, I was transported to Leicester General for operation No 12. They removed my knee again and replaced it with infused concreate and steel.

In December 2018, operation No 13, I had an above the knee amputation. Early hours on New Year's Eve, I blacked out, fell, and tore the muscle off the bone and ended back in the Leicester Royal for operation No 14.

As soon as the staples came out and I was given the green light, I started swimming. On a good week I can be found swimming 3 times a week at the Hinckley Leisure Centre.

The Fibromyalgia is worse than ever, every day is a fight against the worse fatigue I could ever imagine and pain that never seems to give me any form of rest bite"

Why I became an ambassador

I am always the one that makes people smile, they smile I smile. I get pleasure from helping others even through laughter. But part of me thinks if I can do it then everybody should be able have a go at some level??

If I can help just one person, then I'm doing something right….