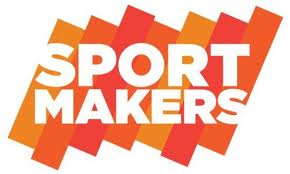 All entrants will be placed into a draw taking place on the week commencing 5th November. Tickets will then be posted to lucky winners in time for the match.

The internationals see Stuart Lancaster's men take on the Fijians in an intense contest where power and precision collide. Taking place at Twickenham, the home of England rugby, on Saturday 10th November at 2.30pm, this will be a physical and emotional battle of wills.

So, if you want to be there when these two rugby powers clash, get out there and make sport happen now! To record your hours, log in to your account and click on 'Record your Sport Makers hours'.

This summer we have seen the 2012 London Olympics take the country buy storm and we are all now imminently expecting the same for the London 2012 Paralympics. The athletes' have certainly lived up to the Olympic motto of 'Inspiring a Generation' but they were not the only ones. The Games Maker volunteers have been praised by everyone for the fantastic job they did throughout the Olympic Games. Now is your chance to follow in their footsteps by becoming Sport Maker!

September the 19th sees Hinclkley and Bosworth host a Sport Makers workshop at Bosworth College, 6.30pm – 9pm. A Sport Maker is someone who might organise a kickabout with their mates or a weekly game of tennis with their work colleagues. Others don't take part themselves. Instead, they do all the other things that make sport possible, like organising a sports event for their village or managing a team of race volunteers. By becoming a Sport Maker you'll be helping to deliver the official London 2012 Olympic and Paralympic Games sporting legacy. You too can be as valuable as the purple Games Maker volunteers!

Come to a free informal and interactive Sport Makers workshop and find out how you can become one of 40,000 like-minded people who are making a difference to the lives of their friends, colleagues or local community by making sport happen.

The workshop is open to anyone aged 16 or over. To register as a Sport Maker and to book your place visit:- www.sportmakers.co.uk

For further information on the local workshop contact Courtney.sweetman-kirk@hinckley-bosworth.gov.uk