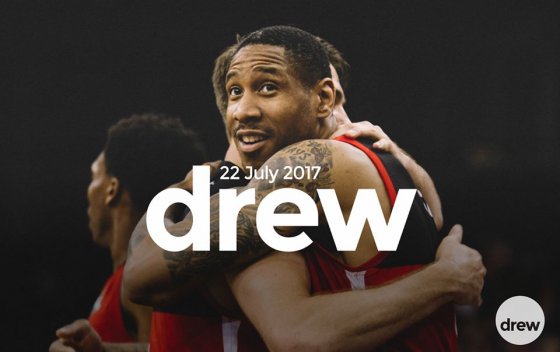 The BBL will host a testimonial event at Leicester Arena on July 22nd to celebrate the career of Drew Sullivan in the British Basketball league that culminated in 20 pieces of silverware, across 12 seasons registered in the league.

Grab your tickets for the event at www.leicesterriders.co.uk/drew

The Great Britain Olympic Captain, who totalled 100 caps in his international career, helped bring silverware to the Leicester Riders will join a star-studded line up on July 22nd at Leicester Arena.

Sullivan first signed for Riders back in 2011 and after a brief spell at London Lions, returned in 2015 to continue his historic spell at the club. Since moving to their Leicester Arena home, Riders have dominated British Basketball and for Sullivan in particular, he has overseen a series of glories at the sides new home. After a treble winning season, Sullivan's decision to retire after 21 years will see him move into coaching as well as into the world of martial arts.

A number of former teammates will return to the court, with Barry Lamble and Anthony Rowe both confirming their place in the game.

Be sure to grab your tickets for the event and #ThanksDrew to join the conversation.