U14 Girls and Boys Badminton 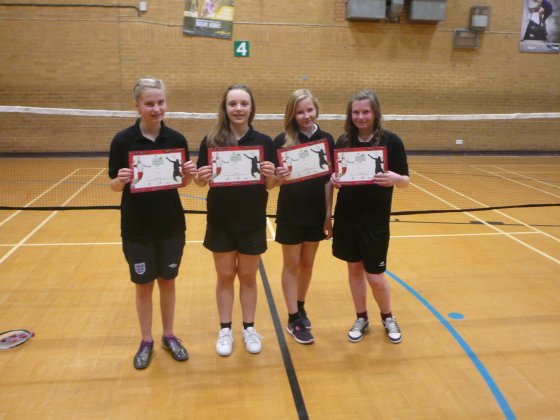 Market Bosworth and South Charnwood emerged as the best placed teams in the two badminton leagues taking place across Hinckley & Bosworth and North West Leicestershire securing their place in the playoff finals to decide which school teams would represent the Hinckley & Bosworth SSPAN in the Level 3 super series finals at Babington College. After the first series of singles matchesSouth Charnwoodgirls led 3-1 whilst the boys trailed 3-1. A similar set of results in the second series of singles sawSouth Charnwoodgirls extend their lead to 6-2 whilst Market Bosworth boys now led 7-1. The girls doubles once again saw some tight matches with three of the matches decided by 4 points or less in games up to 21;South Charnwoodcoming out with three victories out of 4 matches. Market Bosworth boys dominated in their doubles matches winning 4 out of 4 matches. The final series of matches saw more close games and a few upsets but no change to the expected outcome.